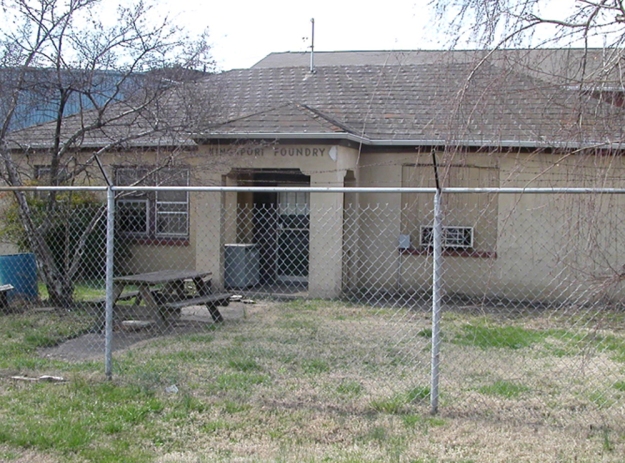 This was taken in March, 2004.  The foundry, begun in 1927, had been unable to struggle through past 2003.  Later, after all the buildings had been demolished, I used to walk around and marvel at the massive concrete foundations for the heavy machinery used in the making of iron castings.  Foundries have a particular odor, mostly of metal and furnaces.  You could just get the faintest whiff of it.  Look in Dick Alvey’s Wings over Kingsport for an aerial view of this operation in the late 30s and, again, in the 60s.

I was going to link to the book on amazon.com, but it’s currently out of print.  You can occasionally run across it at local antique stores.